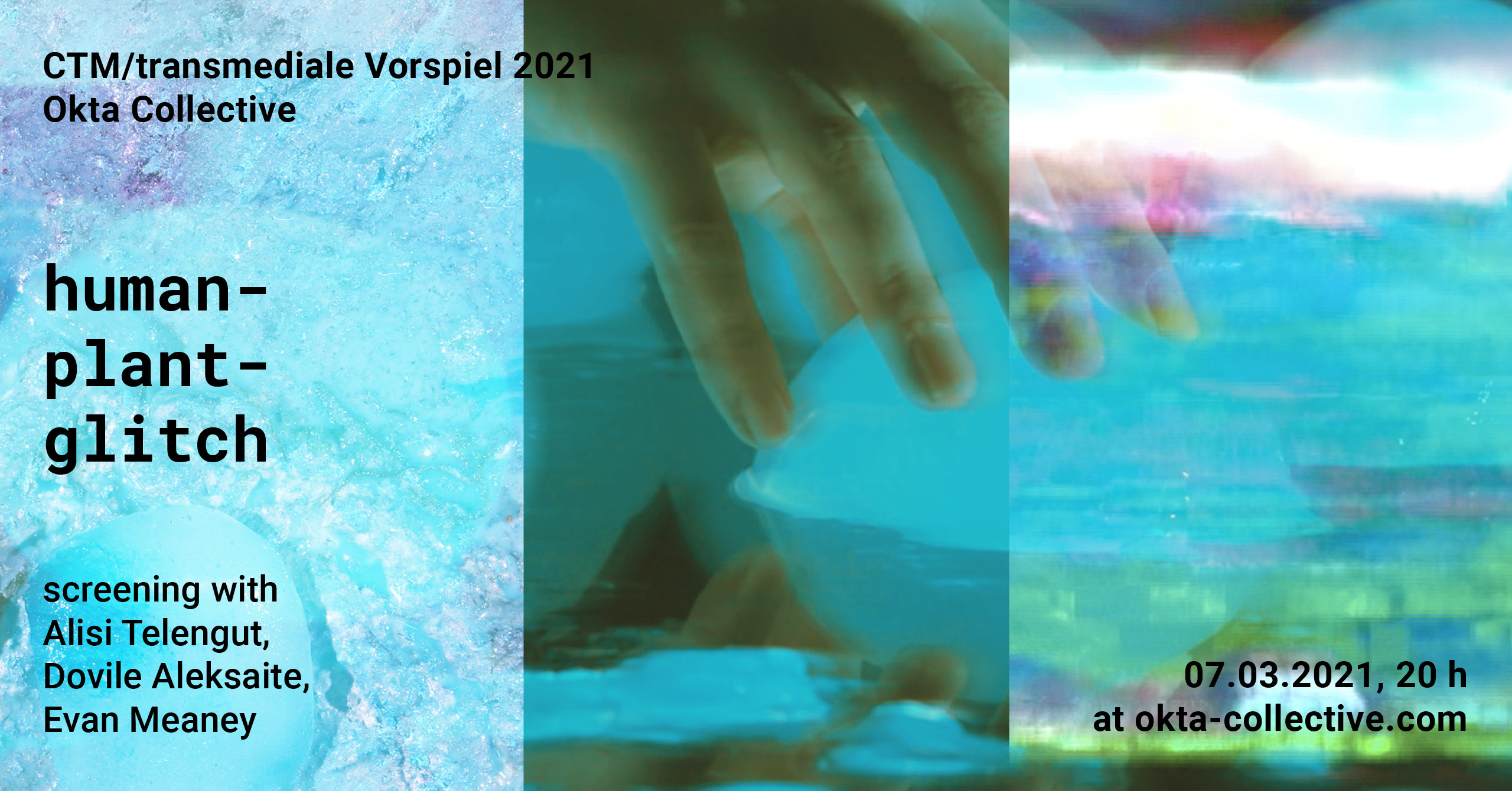 The Fourfold, Other Talking, and Beneath The Pressure of The Sky explore various approaches to the animated, enchanted nonhuman – one in which we are in a multifold relationship with, always affecting and affected by, transforming collectively – sympoetically, Through mesmerizing experimental techniques, the films render objects, environments, living entities, and technologies as active agents with whom we share a larger system.

Alisi Telengutʼs work The Fourfold, based on the ancient animistic beliefs and shamanic rituals in Mongolia and Siberia, explores the indigenous worldview and wisdom. With hand-crafted imagery, it is a testament of reclaiming animism for environmental ethics and non-human materialities. The idea of animism as the pre-modern other is the most radical antithesis to the dualistic perspectives (the raptures and the consequent purifications of nature and culture, self and other, us and them) and anthropocentrism of modernity. The animistic idea is the worldview that “the world is full of persons, only some of whom are human, that life is always lived in relationship with others” (Graham Harvey).

In Dovile Aleksaiteʼs work, Other Talking, Aleksaite creates a point of view from an enchanted other from the future, whose identity and wishes are hard to grasp, raising the questions of who is me, we, you in relation with other entities in the world. This other type of intelligence – one that is symbiotic and multifold – breaks ideologies of dualism (man and nature, mind and body) that pervade Western society and render the natural world a resource to control. It is a narration about people and nature correlation, climate change, coexistence with the other, refusal of anthropocentric thought, and a wish to live longer.

Meaneyʼs work, Beneath The Pressure Of The Sky, elicits its own alien, yet familiar, presence that has emerged from a network of surveillance into a robust technological subjectivity. The film is composed of impressionistically shifting images of the sky – hacked video files from airports – conjuring liminality within an infrastructure that prides itself on exactitude and unforgiveness.

Aleksaiteʼs pirouetting outer space imagery, Telengutʼs painterly images of clouds integrating and disintegrating, and Meaneyʼs glitching sky fall together and apart surveilled by the infrastructures that exploit it, reminds us of what Okta means. Okta, in meteorology, is a unit used to measure cloud cover, equivalent to a cloud cover of one-eighth of the sky. This raises the question of the objectification of nature and sparks our conversation regarding how the unquantifiable has attempted to be evaluated and reimagined.