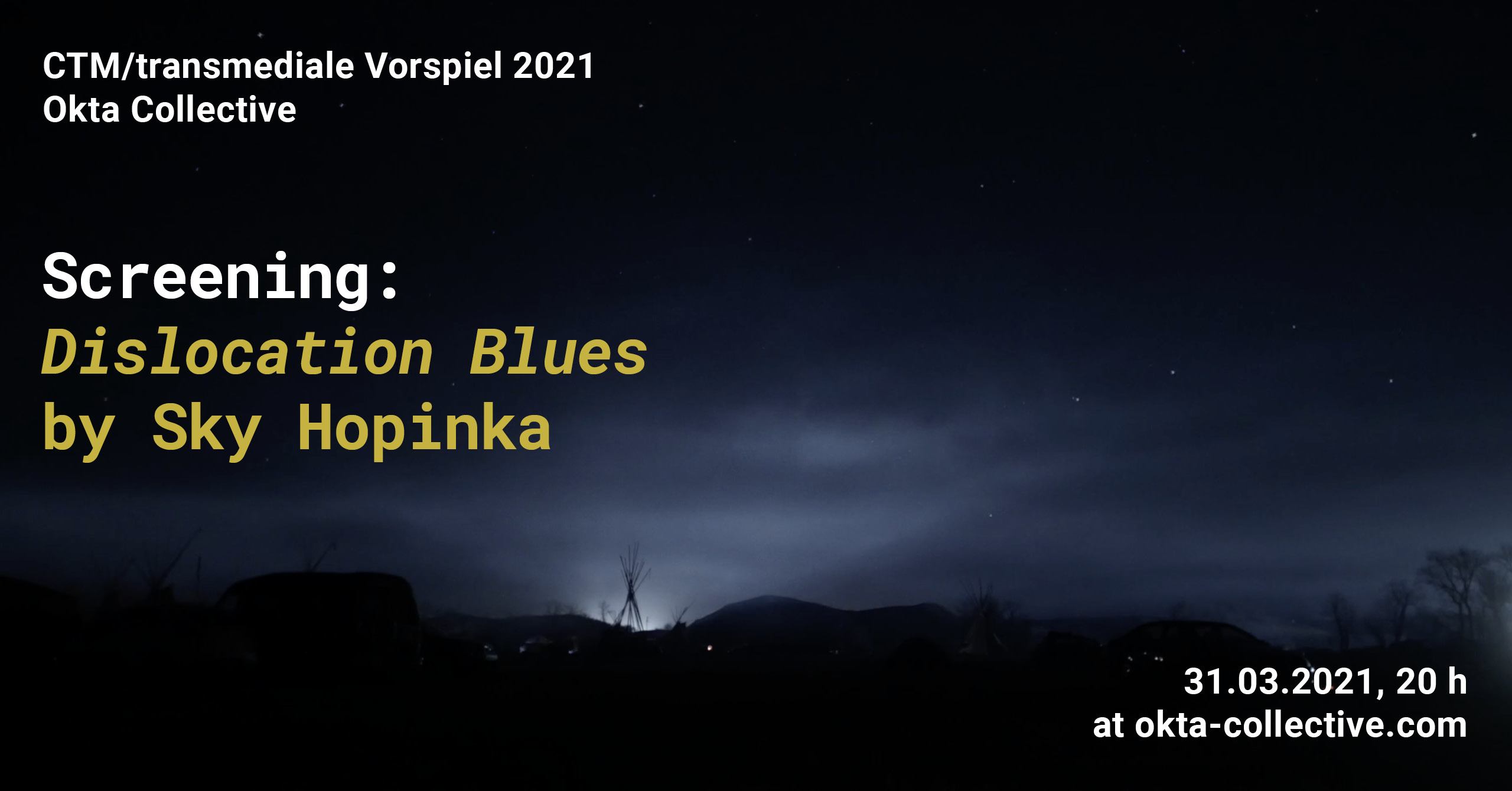 Concluding Okta Collective’s program for Vorspiel-transmediale, which has so far explored the sky, climate change, Indigenous mythology, animism, weather, and emotions, Sky Hopinka’s film, Dislocation Blues, speaks to land enclosure, colonial violence, and loss through recollections of collectivity in a wild, though displaced, still vibrant and varied.
Program:
Dislocation Blues (17 minutes, digital video, 2017)
A Dislocated Wild (online publication)
"An incomplete and imperfect portrait of reflections from Standing Rock. Cleo Keahna recounts his experiences entering, being at, and leaving the camp and the difficulties and the reluctance in looking back with a clear and critical eye. Terry Running Wild describes what his camp is like, and what he hopes it will become." (Sky Hopinka)
Sky Hopinka (Ho-Chunk Nation/Pechanga Band of Luiseño Indians) was born and raised in Ferndale, Washington and spent a number of years in Palm Springs and Riverside, California, Portland, Oregon, and Milwaukee, Wisconsin. In Portland he studied and taught chinuk wawa, a language indigenous to the Lower Columbia River Basin. His video, photo, and text work centers around personal positions of Indigenous homeland and landscape, designs of language as containers of culture expressed through personal, documentary, and non fiction forms of media. He received his BA from Portland State University in Liberal Arts and his MFA in Film, Video, Animation, and New Genres from the University of Wisconsin-Milwaukee, and currently teaches at Bard College in Film and Electronic Art.