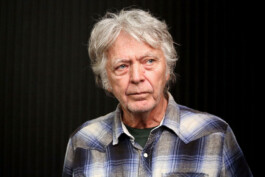 What was your impulse to create this work?

I donʼt think I ever work by impulse. After filming the shadow of the moon racing across the Oregon landscape for L. Cohen, I thought about looking at the moon in a closer way.

Is there a relationship between the two moons?
Yes, the first one is the day before itʼs full and rises in twilight. The second moon is full and rises in the dark. Each night the moon on the average rises 45 minutes later than the night before. And each night the moon rises in a different place, as much as 30 degrees. The two shots were filmed from the exact same location, but the camera was pointed at slightly different angles due to the moonʼs shifting positions.

The sound is very immersive, what was the process like to create the sound?
The sound was recorded on two different nights, a day or two after the images were made in approximately the same place that the images were made, but on the second night the sound recorder was moved about 50 meters and pointed in slightly different directions. Also the second night had a bit more wind than the first. The sound of cars and trucks can be heard from a nearby highway. I recorded the sound separately from the image because I wanted to give the sound as much of attention. I do not use a crew. I did both the image and the sound myself.

Do you ever get impatient while shooting?
No, but I do get anxious, but I work right through it.

What is the first moon rise that you can remember?
The first meaningful moon rise was first at the age of 23. I was stealing old greying wood off of a grain elevator, about 6 stories up, and for the first time I noticed that the full moon was raising just as the sun was setting. I thought to myself, why did it take me so long to understand this.

Do you connect at all the Monetʼs impressionist practice of variation in light through repetition?
I am a big fan of Monetʼs way of seeing light, but never considered your question. I did however write this biography of Monet. It appeared in my film Four Corners.

Claude Monet was born in Paris, November 14, 1840. At the age of five he moved to the Channel Coast at Le Havre, where his father took over the thriving family shipping and grocery business. As a youth he hated school and spent much time along the beaches playing in the rapidly changing Norman weather. He began to paint in the open air, but was interrupted by a brief call to military service in Algeria. On his first leave home, his father arranged for a conscript replacement. In 1862 he moved to Paris to study painting. There he met Camille Doncieux. They began living together. Family support ceased, and a son was born. Later on, they married. Claude begged his friends for money. Camille suffered from a badly
done abortion, but within a year delivered a second son. During her ill-fated pregnancy, Claude began an affair with Alice Hoschede, the wife of a rich patron. Then Camille died from medical complications. Alice left her husband and joined Claude and his two sons bringing along her four daughters and a baby boy. Claude was the suspected father. In 1883 they moved to a farmhouse in the hamlet of Giverny. When the poppies began to bloom in spring, he started another painting.

How is this film, and others of yours, related to your background in Math? Were you interested in the mathematics of the pattern of the moon?
The way math proofs strive for elegant solutions is the main way math has affected my art practice, that is, in mathematics one tries to solve complex problems in the simplest and most straightforward ways. I am thoroughly impressed that all of the movements of the heavenly bodies have been accurately expressed by mathematical models, but two moons isnʼt really concerned here. Itʼs more of an appreciation of what is to be seen.

What is your relationship to the moon cycle? To the 4 phases of the moon cycle?
Iʼm mostly interested in how I can go for weeks in the city without considering the moon, but in the wilderness, Iʼm always aware of what cycle the moon is in. Repetition made us also think about your practice in copying – and also copying work by other artists, namely outsider artists.

Is there a relationship between the numbered shots, repetition, and copying?
I suppose there is. 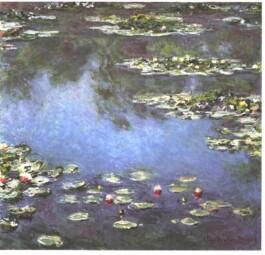